From pole position to victory: with a commanding performance, Maxime Oosten secured his third win of the season at Nürburgring. Behind him, to the great delight of the numerous fans in the Eifel, there was an intense fight going on for the following positions. Eventually, Fabian Kreim and rookie driver Bart Horsten were rewarded with podium results.

“Of course, following the cancellation of the race on Saturday, our drivers were particularly motivated to give it their all today. And so they did: we got to see really good competition,” series manager Jörg Michaelis sums up. “Obviously, Maxime has shown a very strong performance, but behind him, especially our rookie drivers came to the fore. In the championship, it is really close. We can look forward to the next race weekends.”

Oosten (#54) was unfazed by all the on-track turmoil. At the start, he initially had to slot in behind Marc David Müller (#22), but the Dutchman remained within striking distance and reclaimed the lead on lap three. Due to a penalty for a jump start, Müller dropped back while Oosten completed his laps entirely unaffected and went on to score a commanding win. As a result, the 18-year-old reduced his gap to the championship leader, Fabian Kreim (#43), to only four points.

Behind the front runner, there was more action in bright sunshine.
Throughout the race, Kreim and Horsten (#50) battled for second place. Eventually, Horsten crossed the finish line just behind Kreim. Still, the Australian had reason to be happy: not only did he claim victory in the rookie classification, he also secured his first podium result of the season. “The result is bittersweet. I am very happy with my performance, but when you are so close to coming second, it is also a little bit disappointing. Now, I know what I have to work on and of course, I am still happy with my podium result,” Horsten said.

For Tom Nittel (#7), meanwhile, the race ended in a sad way. With the fastest race lap, the 20-year-old worked his way from eighth on the grid to fourth place, but then, a collision ended all his hopes of scoring a top result. Guest driver Matthias Killing (#23) also had to park his BMW M2 CS Racing prematurely following a respectable showing. The further guest drivers Stefan Kruse (#19) and Alex Hofmann (#66) finished in eleventh and 14th place respectively.

BMW M2 Cup action continues with a premiere in Belgium. From 9 to 11 September, the one-make trophy will be racing at the legendary Circuit de Spa-Francorchamps in the Ardennes for the first time. 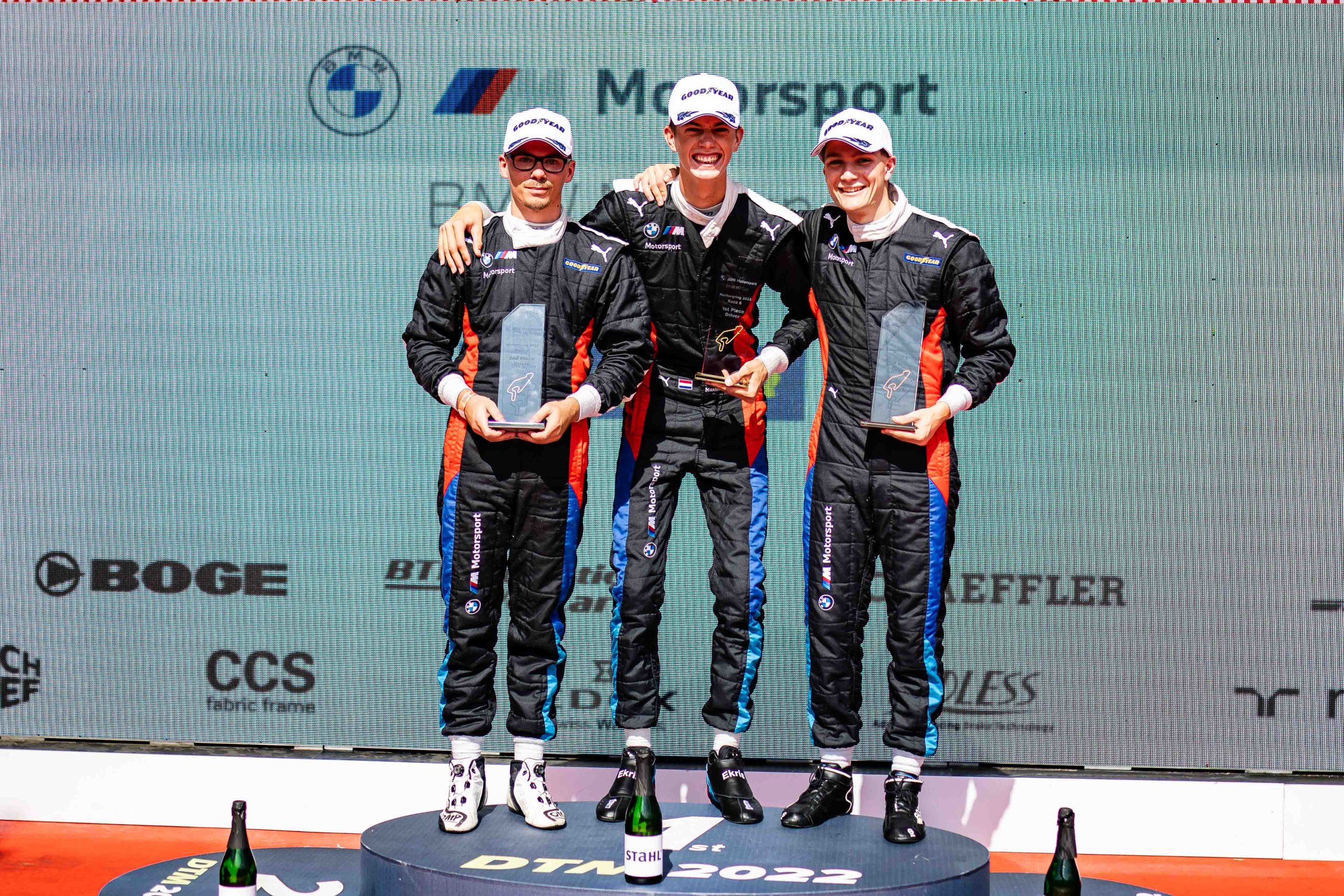 Maxime Oosten | 1st place, race 2
“Of course, winning is always great. At the start, I first saw the blue car flashing past, but I was able to overtake quite quickly again and then bring victory home. In the championship, it is now really close. After all, Fabian and I are just a few points apart. Therefore, I am looking forward to the remaining races and the battle.”

Fabian Kreim | 2nd place, race 2
“In all honesty, that wasn’t my best race. I lost a lot of time in the opening stages. Once I finally was able to overtake, things were getting better. However, the race was long and difficult, but at least I was able to score valuable points in the end. I am not super happy because when you are leading the championship standings, you want to win, of course.”