The final chequered flag of 2021 has flown, the maiden season of the BMW M2 Cup is over. The twelfth and final race of the year at the Norisring was an opportunity for the championship’s young drivers to show off their talents, and Maxime Oosten needed no second invitation. The Dutchman proved to a master of the street circuit in Nuremberg and bagged the biggest points haul of the weekend.

Oosten made a perfect start to Saturday’s race to set himself up for a shot at the podium. The 17-year-old promptly upped the tempo in the first half of the race and almost got the edge on Theo Oeverhaus at the chequered flag, who, as a guest starter, did not score any points. “I made a great start to the race, moving up to first from fourth on the grid,” Oosten said. “Unfortunately, I made an error later in the race, which cost me the lead. I tried everything to recover first place, but it wasn’t enough. Nevertheless, I am still delighted with the points.”

Salman Owega’s first season in the BMW M2 Cup ended on a high. At just 16 the youngest driver in the field, Owega recovered from a number of setbacks over the past few weekends to finish on the podium in third. In a hard-fought battle with Nick Hancke and Theo Oeverhaus, Owega clearly demonstrated what he has learned in his first year racing the BMW M2 CS Racing to grab the final spot on the rostrum.

Despite not taking a race victory, one of the big winners of the weekend was Nick Hancke. The 21-year-old began the race from pole but finished the 30-minute race in seventh, collecting enough points to secure third place in the drivers’ championship. “I am happy with the final result,” Hancke said. “But obviously you don’t want to finish seventh after starting from pole, so I have to say I was expecting more.” 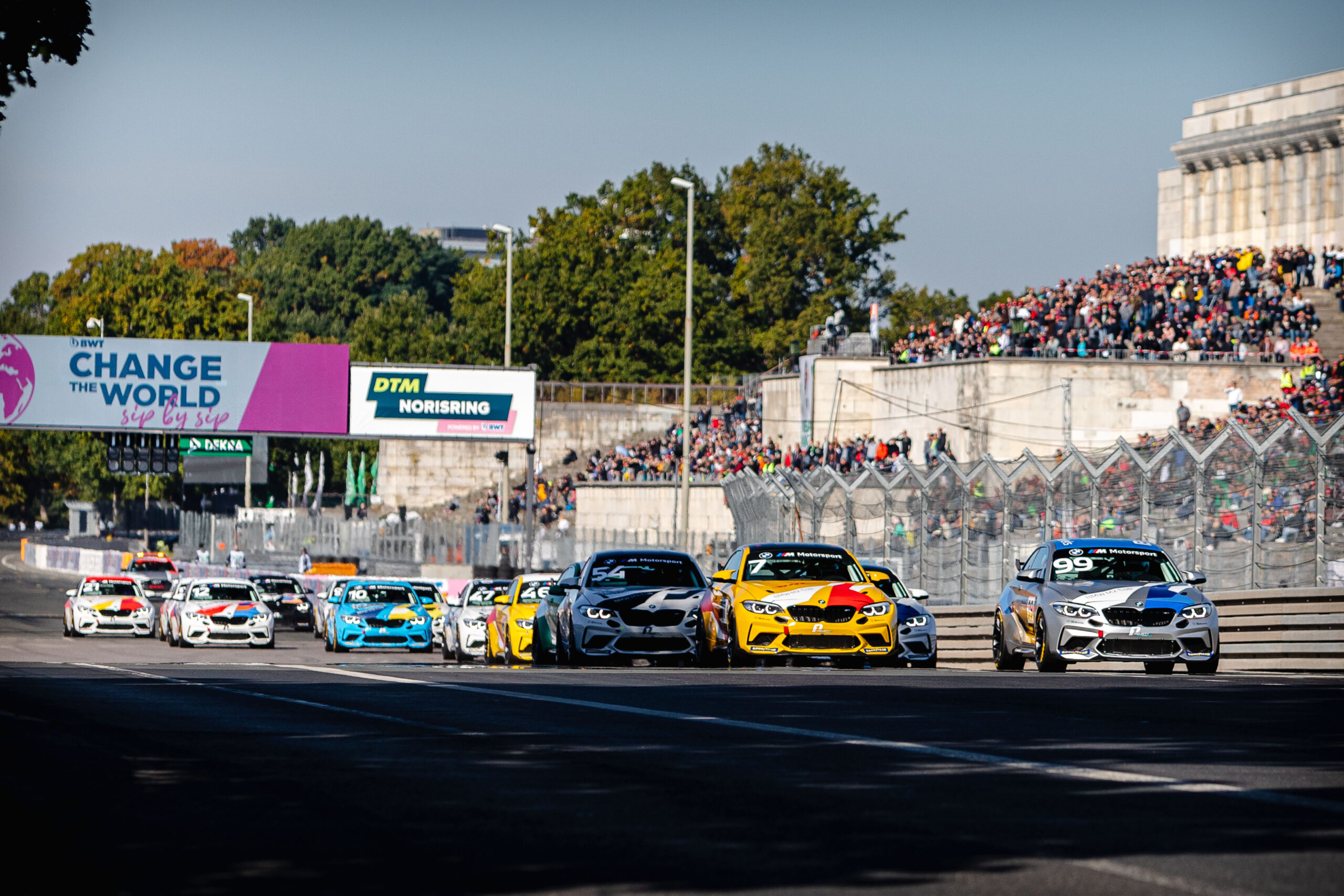 Jörg Michaelis, Series Manager
“You can’t imagine how relieved I am. We began preparing for this series last year and had plenty of hurdles to overcome. I can’t believe that the first season is already over. I am so proud of how the drivers have progressed and also extremely grateful for all the support we have had. Now we will start to look ahead to 2022 and hopefully give fans a season of even more exciting racing.“

Nico Amende,, Sales & Marketing BMW M Motorsport
“Today’s race at the Norisring marks the end of an exciting debut season for the BMW M2 Cup. From the first test at the Lausitzring to the season finale at the Norisring, the series has offered plenty of high-quality action. We are delighted to see how the young drivers have developed in the BMW M2 CS Racing.“