Louis Henkefend is the inaugural BMW M2 Cup champion. In the eleventh of twelve races, fifth place was enough for the 21-year-old to come out on top against Fabian Kreim in the battle for the title. Meanwhile, the three junior drivers Theo Oeverhaus, Maxime Oosten and Nick Hancke finished on the podium.

“I am incredibly happy! This really is a heavy weight coming off my shoulders,” a delighted Henkefend said. “This was a season with highs and lows, but I always had an eye on the points and the drivers’ standings, like today. Staying out of all the turmoil and collecting as many points as possible was important to me. Many thanks to everyone who has been supporting me over the years. This title really means a lot to me.”

Fabian Kreim, who came to Nuremberg in second place of the standings, left nothing untried: “I really would have loved to move up further, but unfortunately, I was slightly lacking the pace today,” he commented afterwards. “Overtaking was very difficult. Almost impossible, to be honest, or just when the driver in front is making a mistake.”

For Theo Oeverhaus, however, there was good progress, and quite a lot of it, in fact: from fifth on the grid, the young talent kept the pressure on from the very beginning and put in an impressive drive. After a few laps already, he was in second place. Thanks to a well-prepared manoeuvre, Oeverhaus overtook Maxime Oosten, who was leading the field in the first half of the race, coming out of the Grundig hairpin.

Behind Oosten, whose second place was his best result of the current season to date, Nick Hancke came home third. That got the 21-year-old into a promising position in the battle for third in the drivers’ standings. Prior to the final race, Hancke (127), Davit Kajaia (126) and Rodrigo Almeida (120) are closely together.

The twelfth and final BMW M2 Cup race will be held on Sunday at 11:10. On the official website (bmwm2cup.com), the race will be broadcast with German and English commentary. 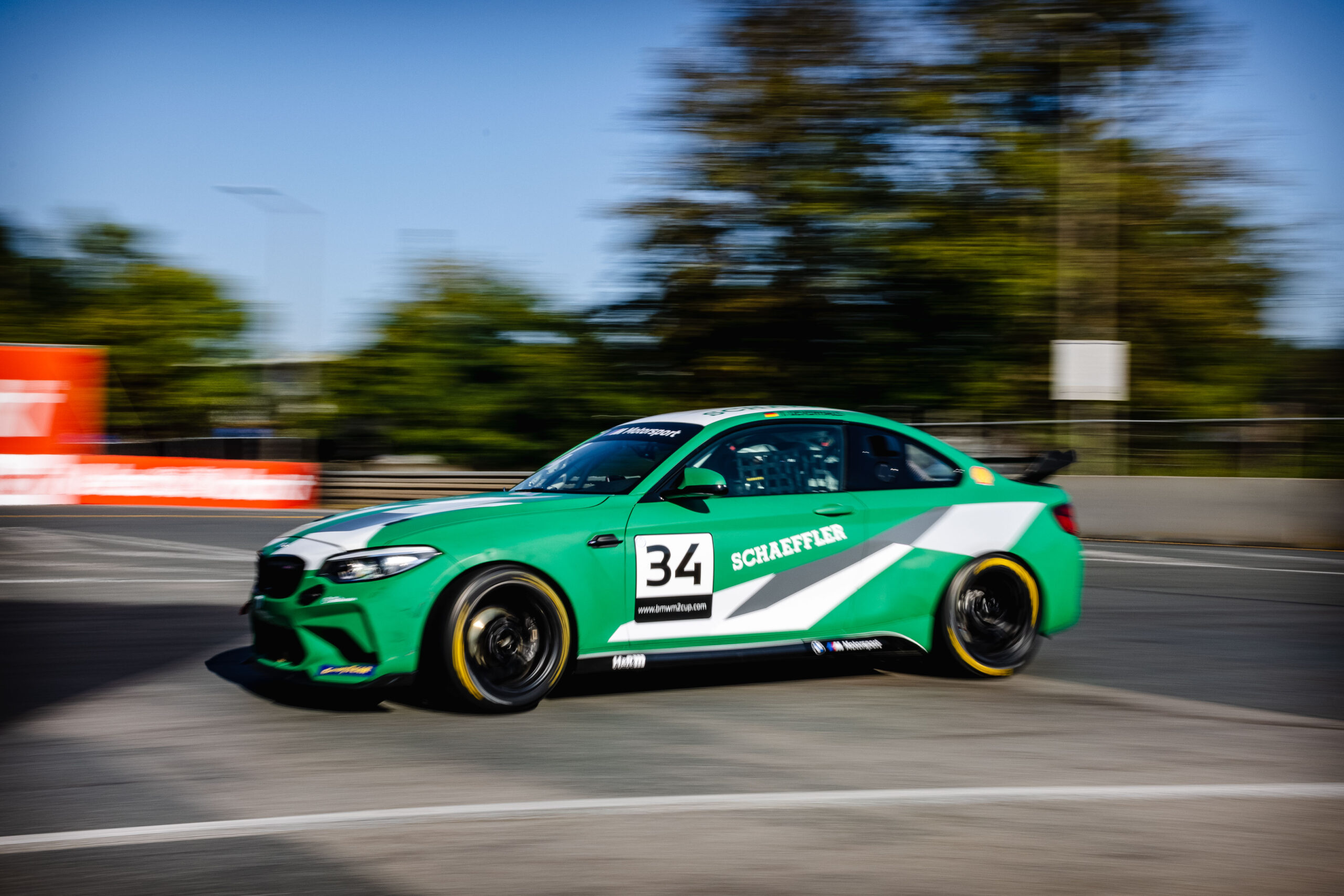 Theo Oeverhaus | 1st position, Race 1
“This was a super race that really was great fun! Sometimes, I had the feeling that I was half a second faster than my rivals. At Norisring, you really have to be concentrated. The track only has four corners, but they are quite tricky. On one hand, the bumps aren’t making things easy, moreover, you need much sensitivity under braking.”

Thomas Felbermair | Vice President Sales & Marketing BMW M
“Watching the BMW M2 CS Racing in action in our home round at Norisring is great. The unique track, excellent weather and numerous fans on site are making the finale without any doubt to a season highlight for the BMW M2 Cup as well as for our brand. Now, I am looking forward to a thrilling finale on Sunday.”