Summary and outlook – An interview with Thomas Felbermair

The end of 2021 also means the end of the BMW M2 Cup premiere season. Thomas Felbermair, Vice President Sales and Marketing BMW M GmbH, sums up the year and reveals what’s in store for partners, spectators and drivers in 2022. One thing is clear: focus is on the promotion of young talent.

The BMW M2 Cup debut season finished a few weeks ago. How would you sum up the 2021 season? How does the one-make cup fit into BMW M Motorsport’s appearance?

From our point of view, the BMW M2 Cup’s debut season was a complete success. We experienced an exciting title fight from start to finish and a total of twelve fantastic races, in which young talents competed on a very high level against each other. Drivers, partners, and of course the BMW M2 CS Racing cars, were able to optimally present themselves on the big DTM stage. This was not only evident on the track, but also in the paddock, where the BMW M2 Cup was always an eye-catcher and a centre of attraction for fans.

The BMW M2 CS Racing goes into action in the one-make trophy. How satisfied are you with performance? What feedback have you received from drivers?

The BMW M2 CS Racing has not only proved to be a strong and reliable vehicle with the highest possible technical level in the BMW M2 Cup, but also in other one-make trophies in Germany, the Benelux states and Italy. Drivers’ feedback was consistently positive. The BMW M2 CS Racing possesses racing DNA that is typical for BMW M.

How important is young talent development for BMW M Motorsport – especially regarding the cup? What will ongoing support look like?

Talent development has always been close to BMW M Motorsport’s heart. In 1977, Jochen Neerpasch, who was Head of BMW Motorsport GmbH at the time, founded the first BMW Junior Team and raised talent development in motorsport to a completely new level. The present BMW Junior Team is already celebrating big successes in GT racing after two years of training. But apart from the works talent promotion, we feel it’s just as important to offer many other racing talents a platform with the BMW M2 Cup, where they can demonstrate their skills, learn a lot and pursue higher goals. These promotion prospects are exactly what the BMW M2 Cup has to offer. I can hardly wait to see our champion Louis Henkefend in the BMW M4 GT4 next season. 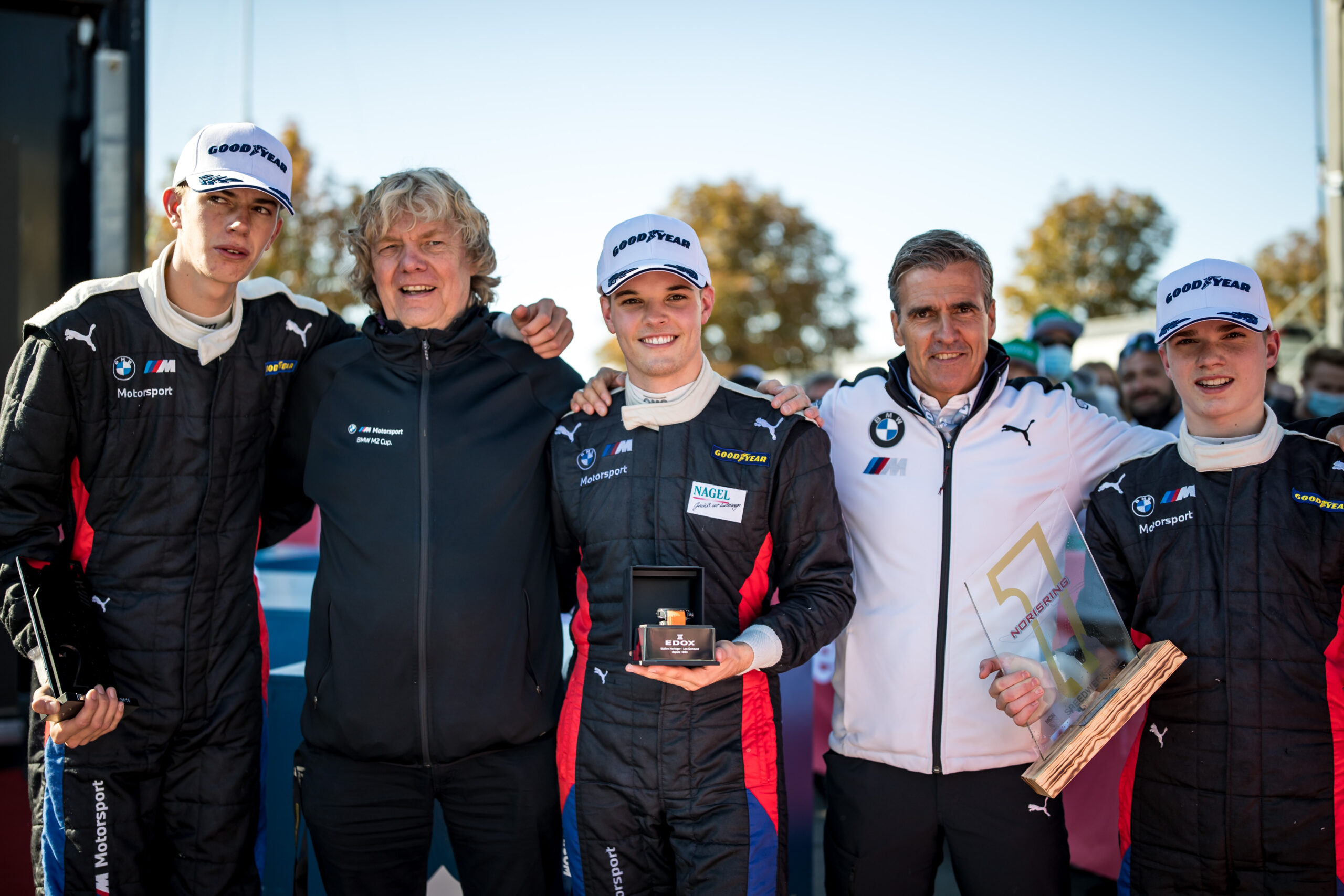 A total of twelve races on national and international circuits took place in 2021 within the DTM support programme. Which synergies were used by BMW M Motorsport as a result of driving in the various racing series?

Numerous BMW M Motorsport partners were also part of the BMW M2 Cup. How were they integrated into the project?

BMW M Motorsport partners had a specific advantage in the BMW M2 Cup, that in other racing series is significantly more expensive: a presence on a complete car. The green Schaeffler car, the yellow and red DHL car – and many more. The perfect opportunity for fans to identify themselves with the colours of a car and also with its sponsor. And thanks to the driver change in the separate cars, other partners were always at the front line in the race. We’ll definitely be continuing this concept in 2022.

Preparations for the coming season are already in full swing. What can we expect for 2022?

A great deal! We’ll be retaining the successful premiere season concept and yet again, offer a lot of young motorsport talents the opportunity to present themselves on the big stage and prove their worth. In fact, we’ll be focusing even more on talent promotion, which is why the 2022 trophy standings will discontinue. And as in the past year, the Speed Academy will play a big role in the promotion concept – till 15 January 2022, drivers have the opportunity, thanks to the Early Bird tariff, to profit now from its offers and experience an optimal season preparation with performance diagnostics, individual training plans and sim training. A further advantage for participants in the second season is the series’ increased recognition on the exclusive DTM platform – and that’s for the same price.