Oosten and Makeš are the first winners at Hockenheim

Plenty of paint trading, turbulent duels and a victorious Dutchman who made an important step in the battle for the BMW M2 Cup title. In the antepenultimate race, held at Hockenheimring on Friday afternoon, Maxime Oosten had the upper hand over the opposition. The first race gave an impression of what fans and partners can look forward to during the final weekend of the season.

Prior to being able to celebrate, Oosten first had to find a way past Fabian Kreim. Kreim had started from pole position in the race that had been added to the BMW M2 Cup calendar. Initially, Kreim defended his position in full force, but was only able to keep Oosten at bay for a few laps. “I was behind Fabian, and I soon noticed that I can benefit a great deal from his slipstream on the straights,” Oosten said. “On lap three, I found a way past and then tried to pull away as quickly as possible. That worked out.”

As clean the battle between the drivers in the first two places of the standings was, the more intense the action in the midfield played out. In an attempt to make up positions in the opening stages, Sean Fuster locked up under braking and triggered a collision. While Marc David Müller spun and dropped to the back of the field, Jarno D’Hauw’s race came to an early end. The driver who caused the collision apologised quickly: “Sorry to everyone involved,” Fuster said after the race. “In the run towards the East grandstand, I ran pretty wide so that I was considerably less able to brake. I missed at least ten metres of braking distance. That is a mistake from which I have to learn.”

The antics in the battle for the podium were similarly tough. Until a few corners before the end of the race, it was anything but certain who would be allowed to stand on the third step of the podium behind Oosten and Kreim. Lorenz Stegmann, Bart Horsten, Robert Hefler and Michal Makeš staged an intense battle for third place over many laps including paint trading between everyone involved. On the 17th of 17 laps, it was Makeš who eventually had the better of Stegmann by virtue of a skilful manoeuvre.

The most successful guest driver was Colin Bönighausen, who ended up sixth behind Tom Nittel. Patricija Stalidzane crossed the finish line in 14th place in her maiden race in the BMW M2 Cup.

The penultimate race of the season at Hockenheim gets underway on Saturday at noon. Already ten minutes before, the coverage begins with interesting information about the cup.

“I had very little experience at this track. Six laps in free practice were everything I had so far. Therefore, I am not that unhappy with second place at all. It took a few laps until I largely knew where I had to go. My lap times were okay, but unfortunately, I wasn’t consistent enough. There were too many mistakes. At a certain point, the gap to the front was too big and from then on, I started to save the tyres.”

“In the race, my main goal was to stay out of all the incidents. I started from seventh place and firstly, I wanted to see who was faster and who was slower. After I had an impression of that, I was able to push hard in the final stages. That I still found a way past Lorenz on the final lap and finished third is a feeling I can’t describe. A good second sector helped me to prepare this overtaking move.” 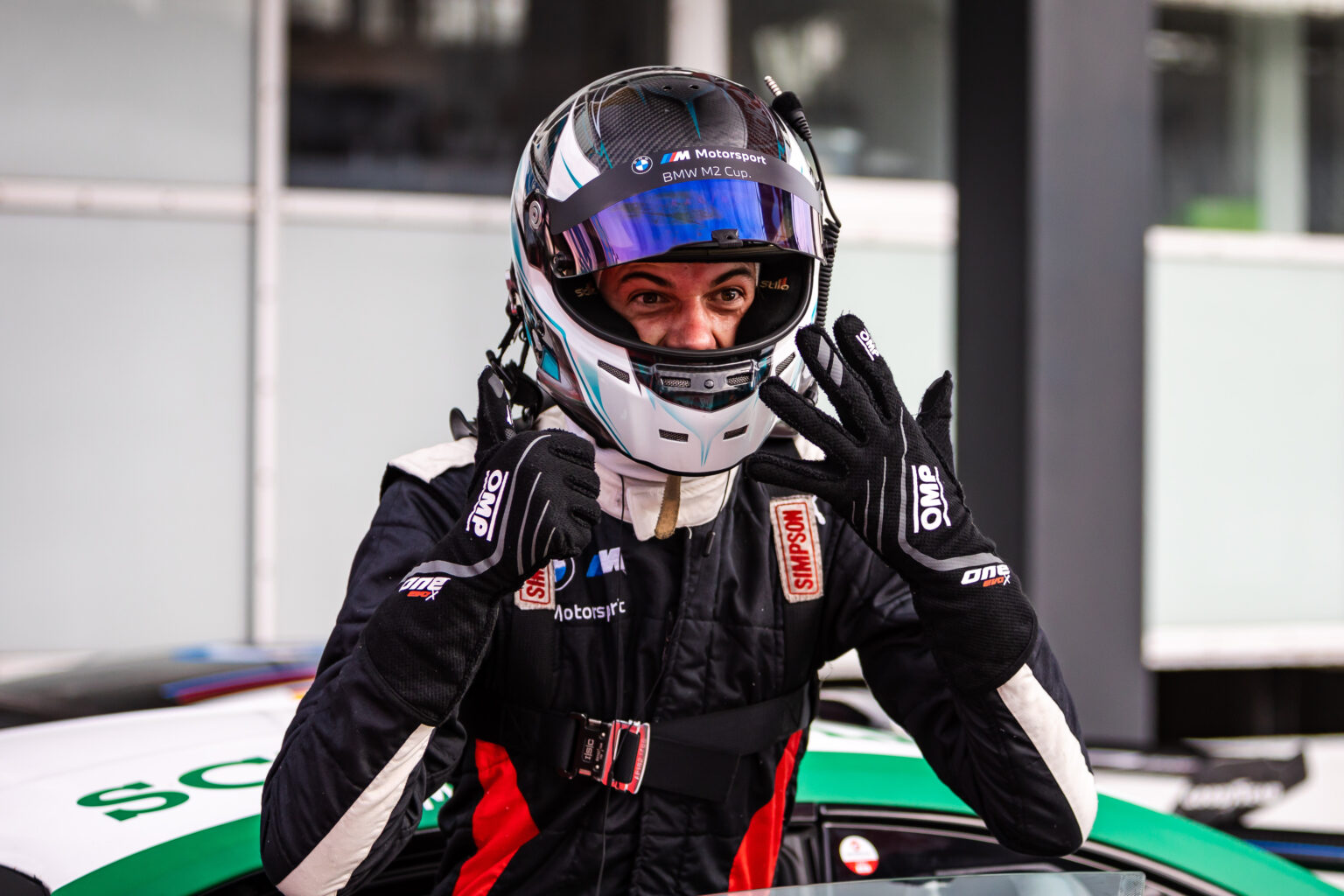