Two pole positions, two victories: Theo Oeverhaus couldn’t have shown a more convincing performance with the BMW M2 CS Racing at the Red Bull Ring. On the back of his race win on Saturday, the 16-year-old also was victorious in the Sunday race of the BMW M2 Cup. Points’ leader Henkefend extended his margin by finishing in second place while his main rivals Nick Hancke and Fabian Kreim also had a strong points’ haul with third and fourth place respectively.

A pair of safety car interventions, plenty of warnings for track limit infringements and eventually a long list of penalties: the second race of the one-make trophy at Spielberg remained a real thriller until the final seconds. In the closing stages, the order in the field was mixed up considerably once again.

Totally unfazed by it all was Oeverhaus, the previous day’s race winner. With a perfect start and a cool attitude, the BMW driver also converted his second pole position into a victory. “It was a dream weekend. Two victories, two pole positions, just perfect,” the young talent delighted. “I hardly noticed anything of all the turmoil that was going on behind me. My re-starts after the safety car were really good. I was able to pull a gap right away and stay out of all the action as a result.”

Behind him, meanwhile, the battle for positions was all the more intense. For a long time, Tom Nittel seemed on course for what looked like a safe second place. After a consistently strong performance and a good defence against Colin Caresani towards the end of the race, he was second across the finish line. However, he incurred a 30-second time penalty for track limit infringements and was classified only seventh.

Next to Louis Henkefend and Nick Hancke, Sophia Menzenbach also benefited from the penalties. Having made it through the eighth race of the season without any damage, the fastest woman in the field finished in fifth place, scoring her best result in the championship to date.

Assen is the next tour stop on the BMW M2 Cup schedule. The Dutch circuit will be hosting the ninth and tenth race of the season from 17 to 19 September, the penultimate race weekend on the calendar. 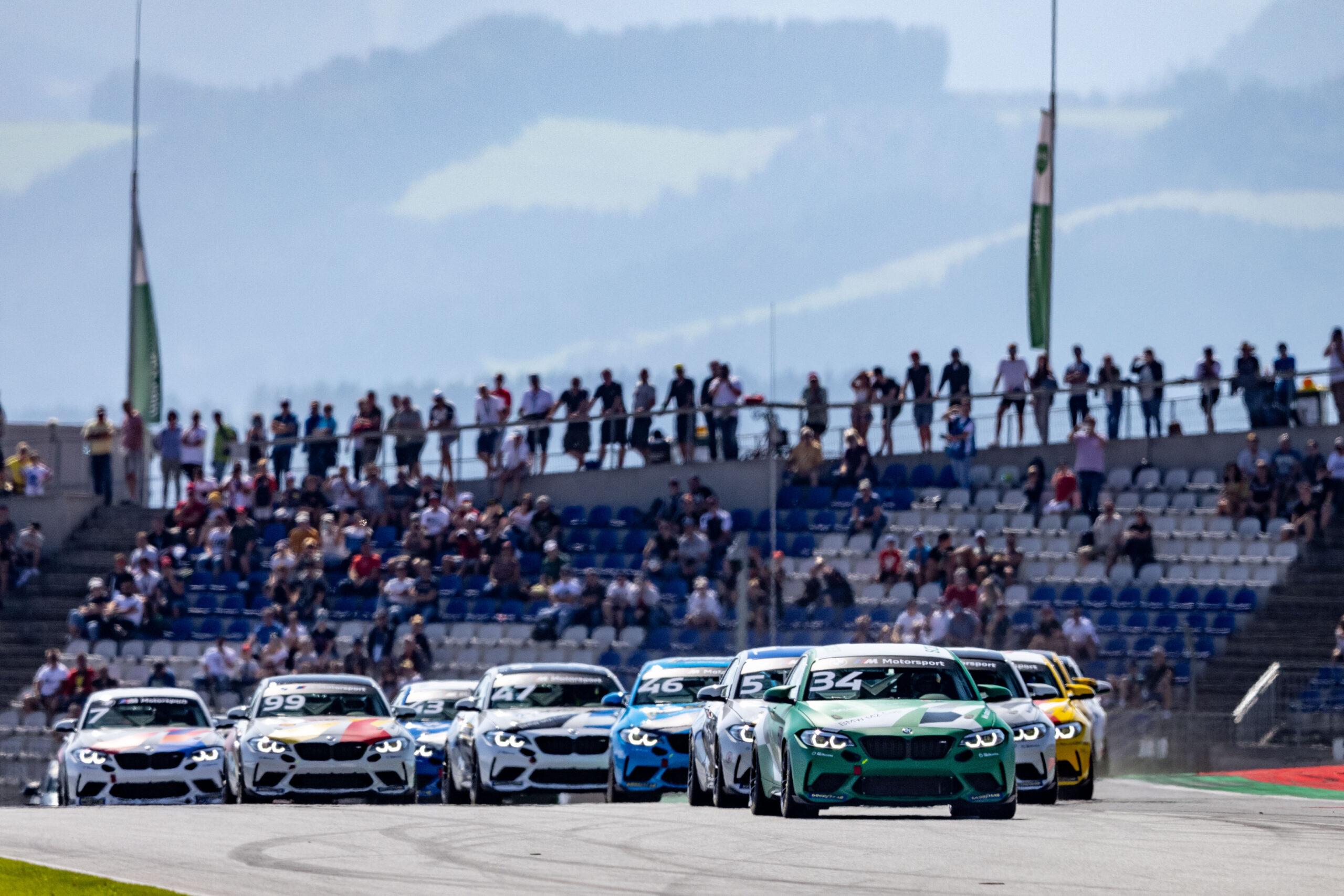 Louis Henkefend | 2nd place, Race 2
“Of course, I am happy with this second place. I tried to stay out of all the turmoil and at the end, that turned out to be the right strategy.“

Nick Hancke | 3rd place, Race 2
“It was a really tough race. My start wasn’t good, I lost some places there. Eventually, it was still enough to finish on the podium. Obviously, I am very happy with that!“