Maxime Oosten (#54) has shaken up the championship battle with his seventh victory of the 2022 season. Ahead of the all-important final race of the season on Sunday, the Dutchman now holds a significant advantage over Fabian Kreim (#43), who was forced to retire after a collision. Arguably the biggest surprise in Saturday’s race at Hockenheimring was rookie Lorenz Stegmann (#99), who missed out on his maiden win in the BMW M2 Cup by the barest of margins.

“Wow! Never in my wildest dreams would I have imagined how that race would have gone,” said a visibly relieved Maxime Oosten after the race. The young driver was alluding to his lead in the championship against fellow title contender Fabian Kreim. Kreim, leader of the championship coming in to the final round of the season, collided with another car in the early stages of the race and was forced to retire. “I had a relatively good start and got in a good position for turn 2,” Kreim explained. “But on the way there I made contact with someone. I think I probably damaged the steering rack at that point – I couldn’t brake or steer after that. It was all down to me really. If I had had a better grid position, I would never have been in that situation.

The outcome was not only deep disappointment for Fabian Kreim, but also a change at the top of the championship table. Maxime Oosten now holds a 20-point lead, meaning that he only needs a single point on Sunday to become the new BMW M2 Cup champion and secure support for a programme in a higher category of racing.

Lorenz Stegmann also showed his worth as a candidate for bigger and better things at Hockenheim. He put Oosten under enormous pressure for the entire duration of the race. The time gap at the chequered flag? A mere 0.44 seconds – demonstrating how close the battle between the two really was. “That was an excellent race for me,” said Stegmann. “Of course, I would have liked to have overtaken Maxime, but I didn’t want to attack too aggressively. Not only is he fighting for the title, I also need every point I can get my hands on for the Rookie classification. I didn’t want anything stupid to happen.”

Robert Hefler (#53) rounded out the podium, in a race that was more about damage-limitation for the Hungarian. Hefler started from pole position before losing multiple positions at the beginning and then recovering to finish third. Colin Bönighausen (#55) crossed the line in fourth, picking up where he left off in Friday’s sessions. Michal Makeš (#47) and Bart Horsten (#50) finished fifth and sixth, or second and third in the Rookie classification.

The final battle for points, podiums and championship positions kicks off at 10:50 on Sunday. The pre-race coverage on the official BMW M2 Cup live stream begins at 10:40.

“I made a typical rookie mistake in the first corner, which cost me the lead right off the bat. I then tried to manage the race from fourth position. I managed to overtake the third-placed driver on the penultimate lap, and then someone made contact with me yet again. The car wasn’t quite right but that didn’t matter. I still managed to cross the line in third and I’m happy with that!”

“I want to compete in the BMW M2 Cup for the full season next year, so taking part in this race weekend gave me a chance to learn the ropes. Fourth in qualifying was a great starting point for the race. Unfortunately, my tyres had quite a lot of miles in them from qualifying, so I lost some ground towards the end. 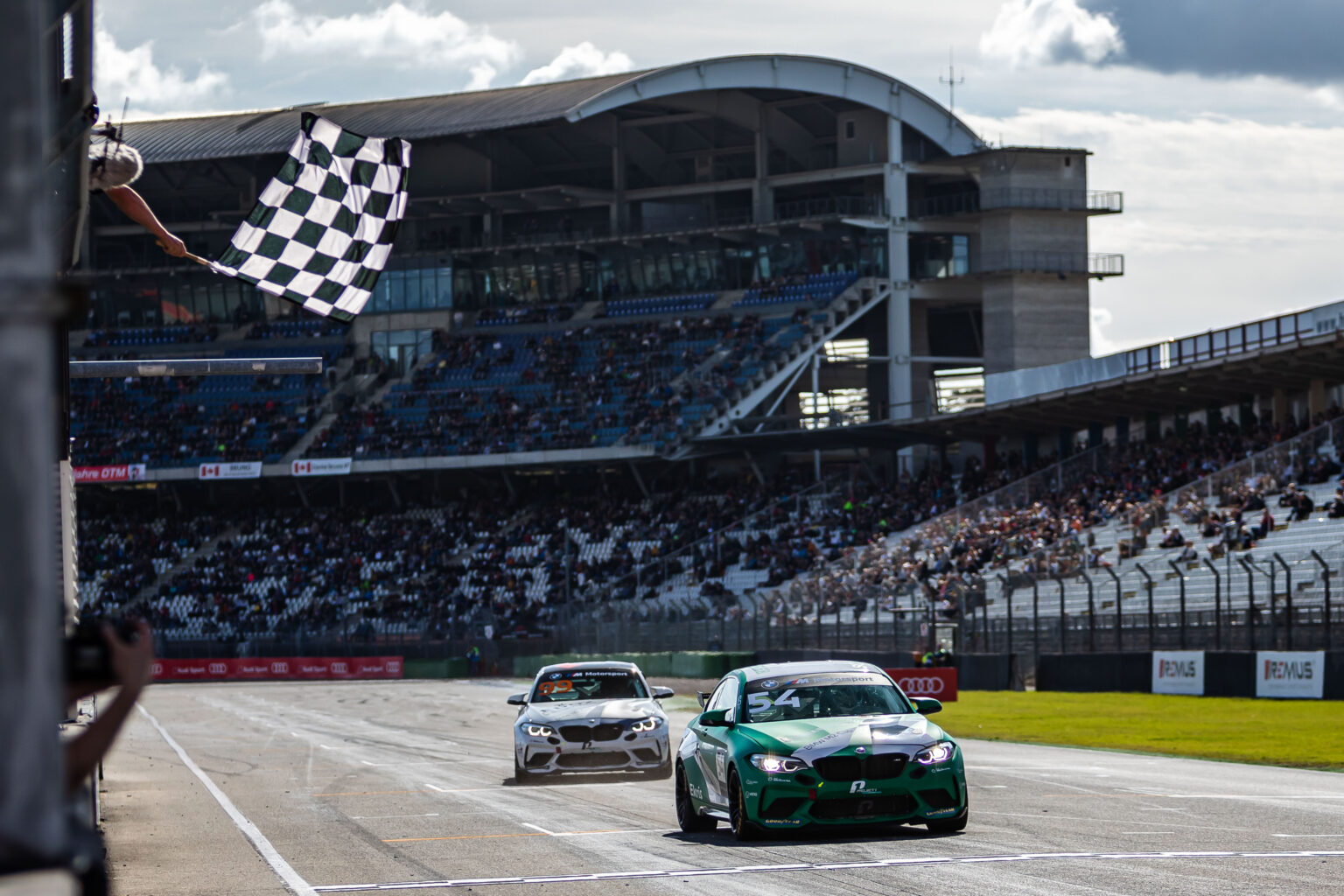