Maxime Oosten is crowned champion with eighth win of the season

Maxime Oosten (#54) secured the title in the BMW M2 Cup 2022 in an impressive manner. In the finale at the Hockenheimring, he not only celebrated three victories, but also held off title rival Fabian Kreim (#43) with flying colours. Winning the championship also means top-class support, which enables him to progress up to the DTM Trophy. The most successful rookie of the season is Lorenz Stegmann (#99).

“This is not what I expected. After all, before the weekend I was still six points behind Fabian,” said Maxime Oosten in the winner’s interview. “But each of the three races here brought me a little bit closer to the title. Friday was important because I was able to reduce the gap to one point. Yesterday I benefited from Fabian’s retirement at the start. With the lead I had, I just wanted to bring everything home today. A thousand thanks to everyone who has supported me this year!”

A significant step up in his career awaits the new champion of the BMW M2 Cup. From 2023, the overall winner can race in a BMW M4 GT4 from Team Project 1 in the DTM Trophy. This year, Colin Caresani and Louis Henkefend impressively demonstrated that this path works. The two drivers from last year’s BMW M2 Cup celebrated numerous successes with the team from Lohne and even won the teams’ championship. In addition, Caresani finished runner-up in the DTM Trophy.

As the rookie champion of the BMW M2 Cup, Lorenz Stegmann also applied for promotion. The 19-year-old shone with a steep learning curve and strong results in the second half of the season, for which he was ultimately rewarded with the title. “Of course, today was a good race for me as I became champion in my first year in the BMW M2 Cup,” said the youngster happily.

Not only Oosten and Stegmann had reason to celebrate. With third place, Leyton Fourie (#46) caused a big surprise in Hockenheim. The guest driver from South Africa made known with great fighting spirit that he would like to be among the championship contenders in 2023. “Next year I really want to get involved in the title fight,” he explained. The 17-year-old is one of the numerous young drivers who have already signed up for the coming season.

The last race of the year was overshadowed by a serious accident on the first lap. When braking for the hairpin, Jacqueline Kreutzpointner (#21) collided with Robert Hefler (#53). Both vehicles were severely damaged in the accident, but both Kreutzpointner and Hefler were uninjured.

“The pace was really good today, but my main problem at the Hockenheimring was simply my qualifying, which really didn’t go well. The poor positions on the grid caused me difficulties throughout the weekend. Congratulations to Maxime on the championship. Hopefully we can fight each other again.”

“It was a great BMW M2 Cup season with spectacular races – especially the finale here in Hockenheim. The concept has proven itself and it is worth continuing to work on it. I am already looking forward to next year!”

“Can someone please pinch me? I still can’t believe that the second season of the BMW M2 Cup is now over. I have to thank everyone involved in this project. In the second year we took another big step forward – in many areas. The 2023 season has already started for us. We experience so much encouragement and already have many sign-ups. This is unbelievable, especially compared to where we were at this point last year.” 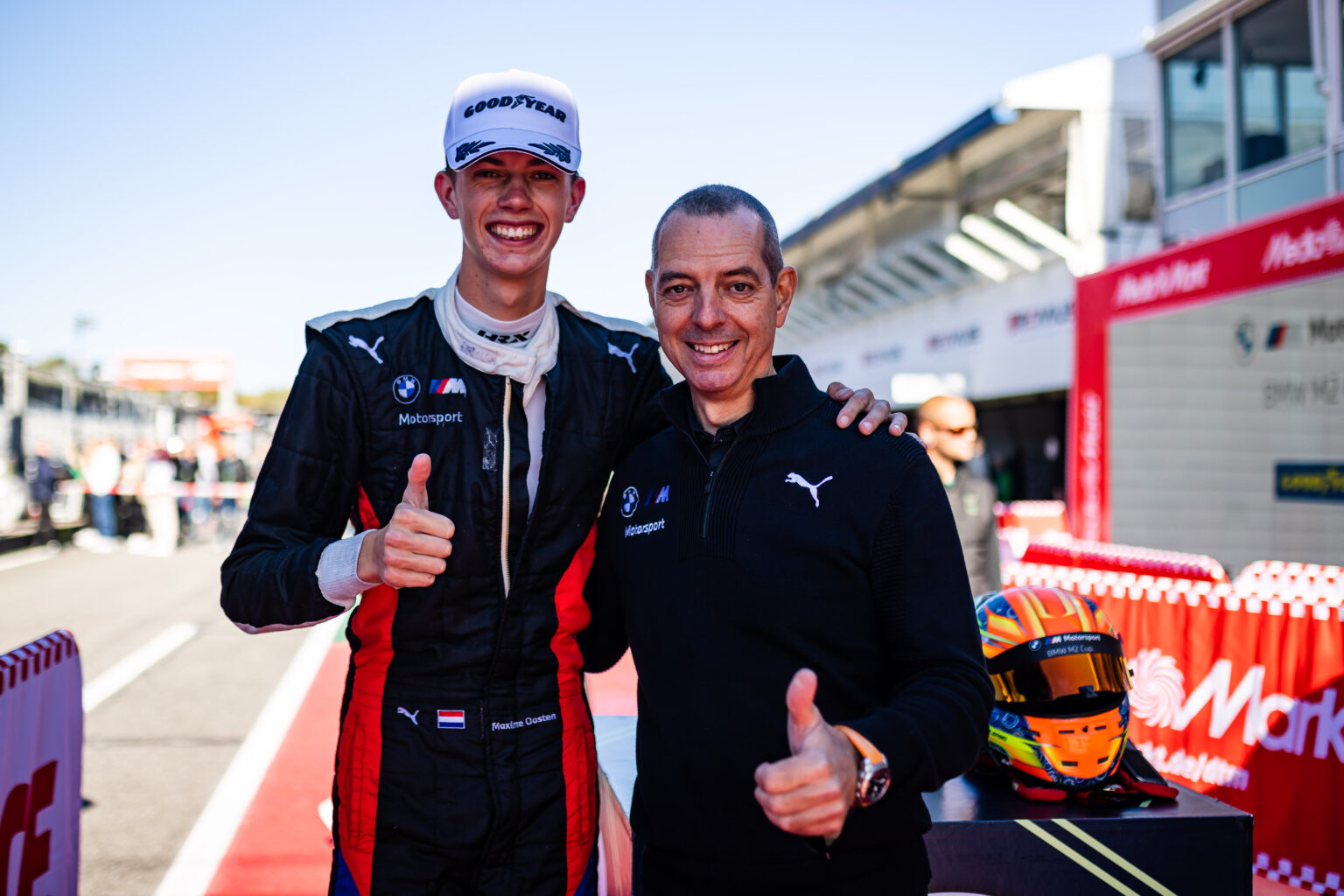