Second race, second start-finish victory for Tim Heinemann. Sunday’s round of the BMW M2 Cup at the Lausitzring held all kinds of action in store. But things were clear at the top of the field: Salman Owega celebrated his first podium behind the race one winner Heinemann. Louis Henkefend managed to finish third once again.

Collisions, overtakes and retirements: The second round of the one-make throphy had it all. While things were heating up in the midfield, Heinemann in the #78 BMW M2 CS Racing was undeterred as he completed his laps and took a clear start-finish victory: “That was a perfect weekend for me,” said the championship leader. “Two wins, two pole positions – it couldn’t have gone any better.”

The youngest driver of the field was equally thrilled. After Owega (#7) dropped out of the top group in the first race after a collision through no fault of his own, the 16-year-old clinched a podium finish in Sunday’s race, securing second place. Louis Henkefend (#17) once again put in a strong performance and stood on the rostrum once more thanks to third position.

Behind them, the rest of the field battled it out for the points – and they did so with fierce determination. The final phase was dominated by the duel of the twins, Alesia (#12) and Jacqueline Kreutzpointner (#21). The two sisters had a tough battle with Max Partl (#66) and Fabian Kreim (#43) for seventh to tenth place which provided the spectators with a wheel-to-wheel battle well worthy of the admission fee. In the end, Kreim prevailed. Partl, Jacqueline and Alesia Kreutzpointner finished behind him.

Series manager Jörg Michaelis was pleased with the season opener after two exciting races: “I’m very proud that my whole squad pulled it off so well. The fans really got their money’s worth, even though I personally would have liked to have seen less damage today. But that’s just part of racing and, all in all, we can be very satisfied.”

What Michaelis is referring to? A collision on the very first lap resulted in the first yellow flag of the race. The collision also meant a retirement for Marcelina Czepiel (#4), Michael von Zabiensky (#10), Nicolas Hancke (#99) and Sebastian Höbelt (#13). The second interruption and the end of the race for Carrie Schreiner (#8) followed only a short time later.

The action continues in just two weeks’ time. Zolder in Belgium will play host to the BMW M2 Cup from 6 to 8 August. 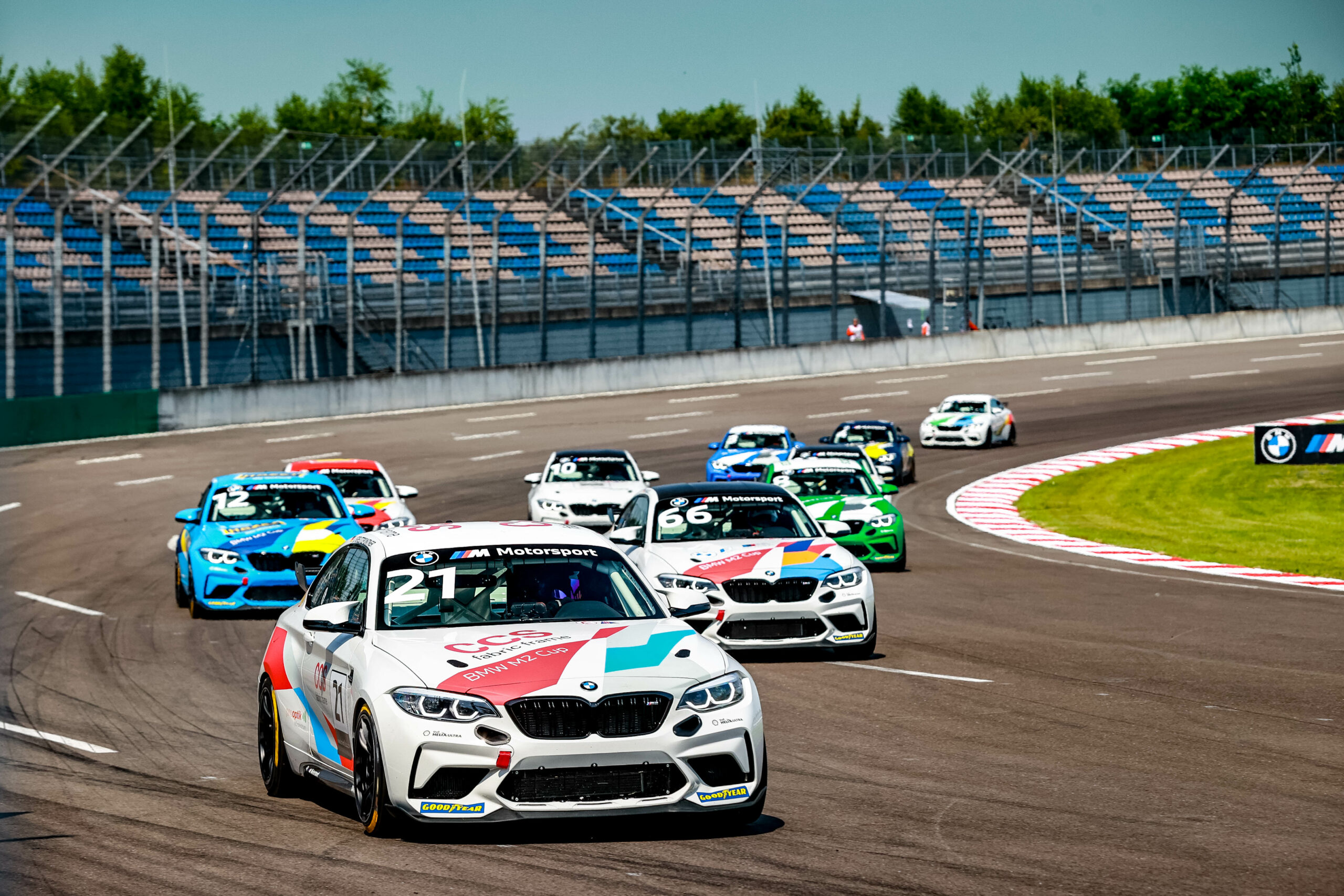 Salman Owega | 2nd place, race 2
“It feels tremendous, especially after I had a collision yesterday, where I dropped to the back of the pack. However, it wasn’t easy because the pursuers were putting pressure on me all the time. I had to defend myself in order not to lose second place. Things eased up toward the end of the race, though, and I was able to pull away. For the next race weekend, I’m taking it upon myself to be better in qualifying.”

Louis Henkefend | 3rd place, race 2
“Everything went pretty well today. I was able to recover a position at the start. It was pretty tight there – I think we we’re four-wide in turn two, but it was all fair. There were a few fights and many yellow flags. After the second break, I was close to Owega, but I couldn’t get past. My tyres lost a bit of performance, which allowed him to pull away again. In the end, I’m happy with third place. That scores me some decent points.“