Louis Henkefend took victory at the fourth race of the BMW M2 Cup season after an impressive performance in Zolder. The 21-year-old put together a strong race start and showed consistent lap times and a great deal of fighting spirit to take the win at the Belgian circuit. The most experienced driver in the field, Davit Kajaia, finished second, with young racer Theo Oeverhaus in third.

“Louis thoroughly deserved his result today,” said series manager Jörg Michaelis on Henkefend’s win. “He’s always analysing every single session down to the last tenth of a second. His victory today demonstrated how much he has learned in the BMW M2 Cup so far this season. He is a testament to the work to promote the next generation of racing talent in the series.”

Henkefend had strong opposition to overcome in Belgium, particularly from Davit Kajaia. The Georgian started the race on pole and led on lap one, only to surrender first position to Henkefend early on. However, Kajaia didn’t let up and piled on the pressure on the eventual race winner for the entire race distance.

Fabian Kreim, who was victorious in the first race, crossed the finishing line in fourth. The rally driver fought hard with Theo Oeverhaus for third position, but ended up just falling short of the podium in fourth. Oeverhaus’ third position marked his first trip to the rostrum at his first attempt in the BMW M2 Cup.

A look at the championship table shows how close the championship really is. Thanks to his win in the fourth race of the season, Louis Henkefend now leads the drivers’ standings with 64 points, just one point ahead of Fabian Kreim (63 points). Salman Owega remains within touching distance in third after an excellent recovery drive on Sunday. 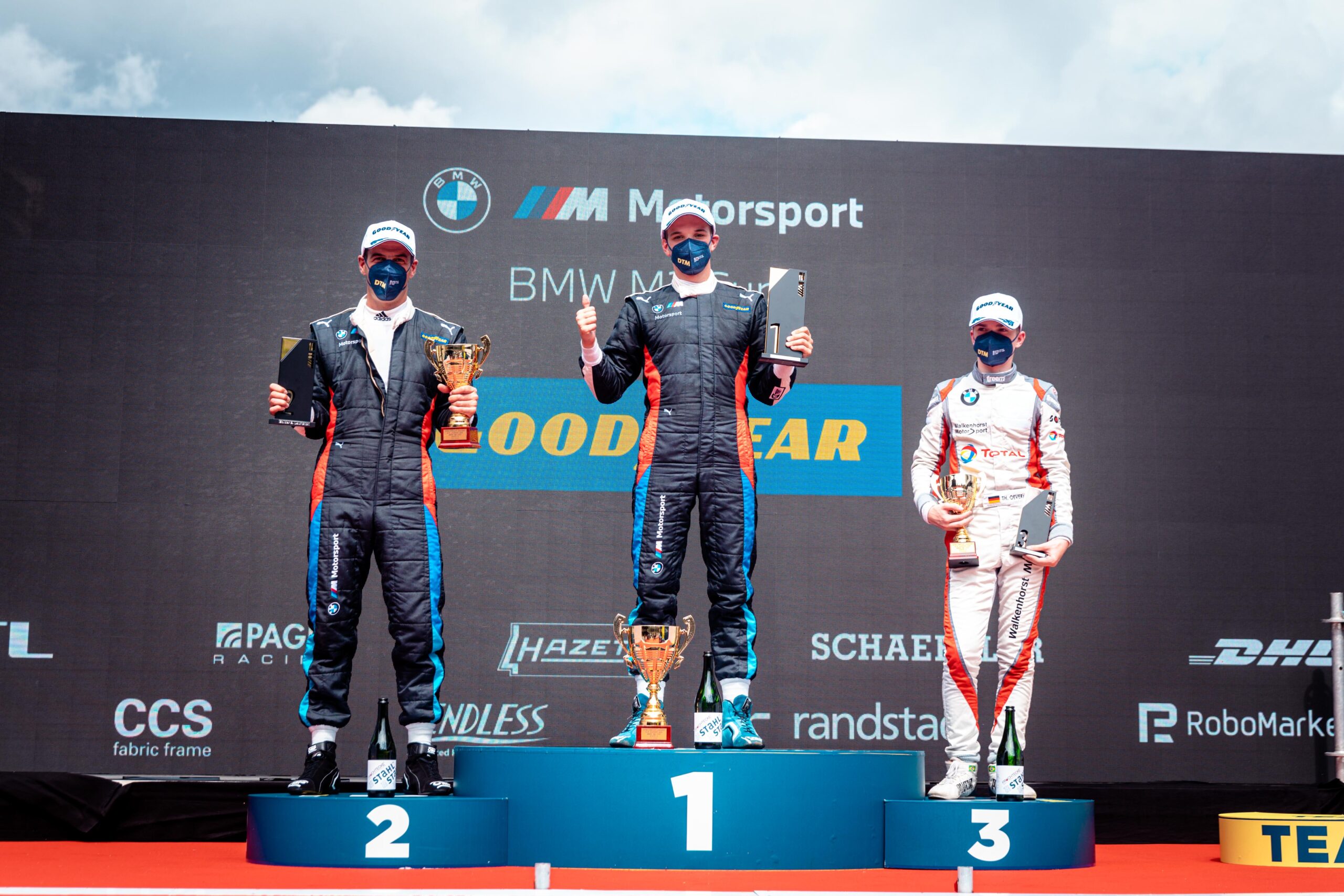 Louis Henkefend | 1st position, race 2
“That was a perfect race for us! I had to defend really strongly and am delighted to get through it without putting a foot wrong. I definitely want to build on this performance over the next few races.”

Davit Kajaia | 2nd position, race 2
“Congratulations to Louis for the win. I have to admit I wasn’t expecting his overtake attempt on the first lap. I’m still happy with second, after all it’s my first podium in the BMW M2 Cup. I will be giving my all to improve and hopefully secure some further podium finishes.”