Three Dutchmen inside the top 4 on the grid, Caresani took the victory: with a courageous race, the 17-year-old secured his first victory in the one-make trophy. The youngster fought with Schrey until the finish and successfully kept the routinier in check. “I followed Colin until the end, but I couldn’t overtake. I was hoping for a mistake, but he did a great job up front. Still, I’m happy with second place,” said the 38-year-old.

Davit Kajaia was all smiles at the finish line. The Georgian profited from the many fights in the field and already moved up from starting position ten to the top 5 in the early stages. In the end, with third place, he took his third podium of the season and climbed to third place in the championship.

The other title contenders, Henkefend and Kreim, fared quite differently. The latter had to park his BMW M2 CS Racing after the first lap following a failed manoeuvre. Henkefend was thrown from the lead just a few laps later. The second Dutchman in the field, Leonard Hoogenboom, came together with the 21-year-old and sent him off the track. After a remarkable race to catch up, the championship leader crossed the finish line in eighth place.

Lucky in misfortune for the two-time winner Henkefend: he extended his lead to 145 points and is now 17 points ahead of Kreim. Kajaia chases the rally ace with a total of 108 points.

The top duo can strike back on Sunday at 11:15. In the tenth round of the season, Hoogenboom will again start from pole position, Henkefend and Caresani line up behind him. The race will be broadcast live on the official website. 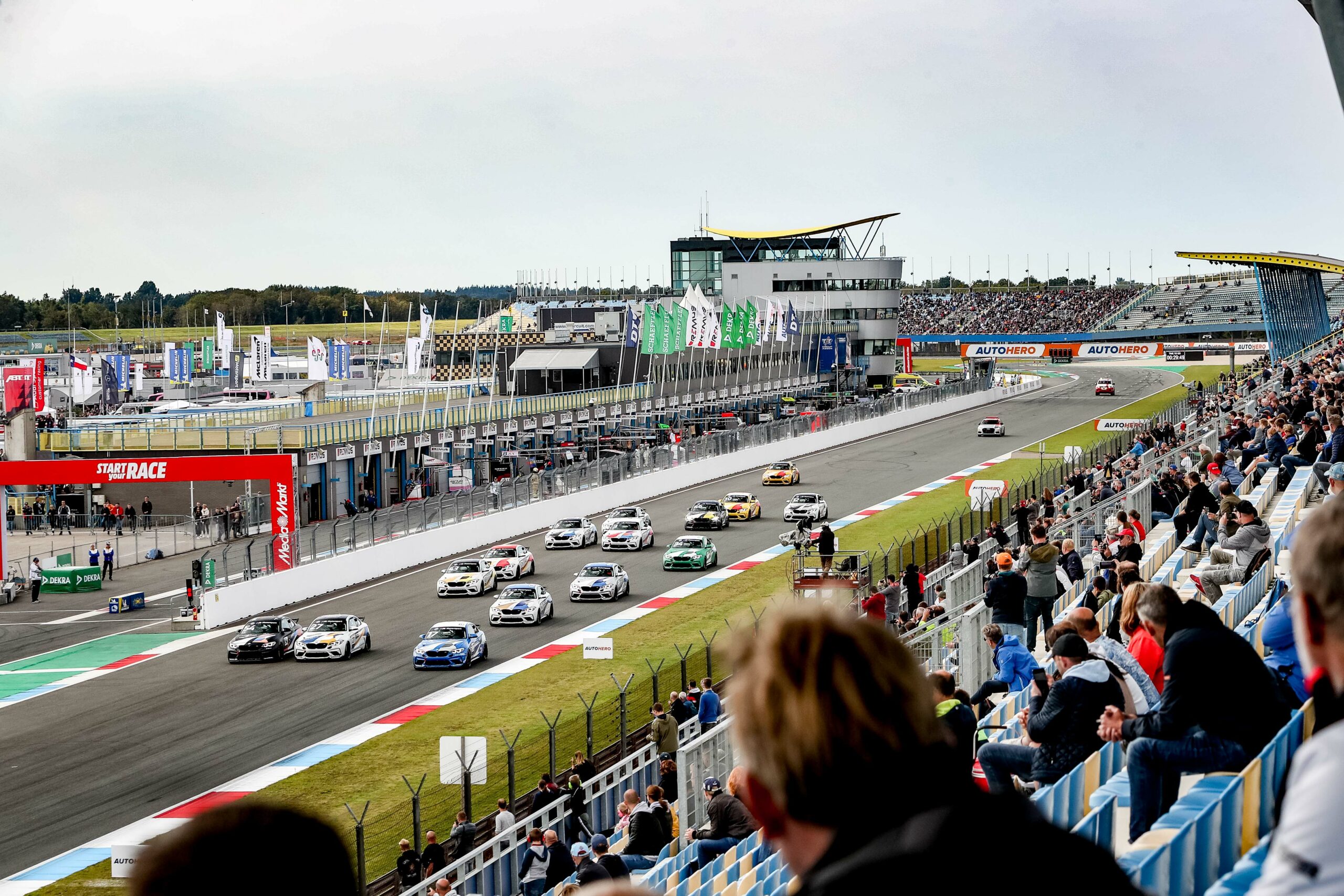 Louis Henkefend | 3rd place, Race 1
“Of course, after starting tenth on the grid, I’m happy with a podium result. At the beginning of the race I had a little bit of luck and made a quick progress. When I realised that my title competitors were no longer ahead, I really wanted to take as many points as possible.“