Victorious in rallying as well as the BMW M2 Cup: Fabian Kreim claimed his first victory in a circuit race at Zolder, Belgium. Alongside the three-time title holder of the “Deutsche Rallye-Meisterschaft”, Salman Owega was the surprise of the race.

“It’s just incredible! The difference between rally and circuit racing is huge. So, I am all the more delighted with this triumph,” expressed Kreim after his win, which also earned him the lead in the standings. “Yet you do have to add that I also benefited from the bad luck of my competitors to some degree.”

Kreim is referring to the turbulent opening laps in which Louis Henkefend, Immanuel Vinke and Davit Kajaia, three contenders for the win, slipped to the back of the field. Pole setter Rodrigo Almeida also lost his chance of first place after committing a driving error. The 17-year-old nevertheless secured his first BMW M2 Cup podium after finishing second.

The spectators in Belgium were given their money’s worth, in no small part due to Salman Owega’s recovery drive. After problems in qualifying, the youngest driver in the field was forced to start the race from 16th place. After just five laps, the youngster found himself in fifth. By the time the chequered flag was waved, he had made up two more positions and ultimately finished third.

Owega was not the only young talent to attract attention with a brilliant chase through the field. Vincent France, for example, improved by a total of six places within the total 19 laps of the race. The 17-year-old crossed the finish line in seventh place – half a second behind Jacqueline Kreutzpointner, who was once again the highest-ranked woman in the field.

The cards will be reshuffled for Sunday’s race. When the lights go green at 11:35, stalwart Davit Kajaia will start from pole for the first time. 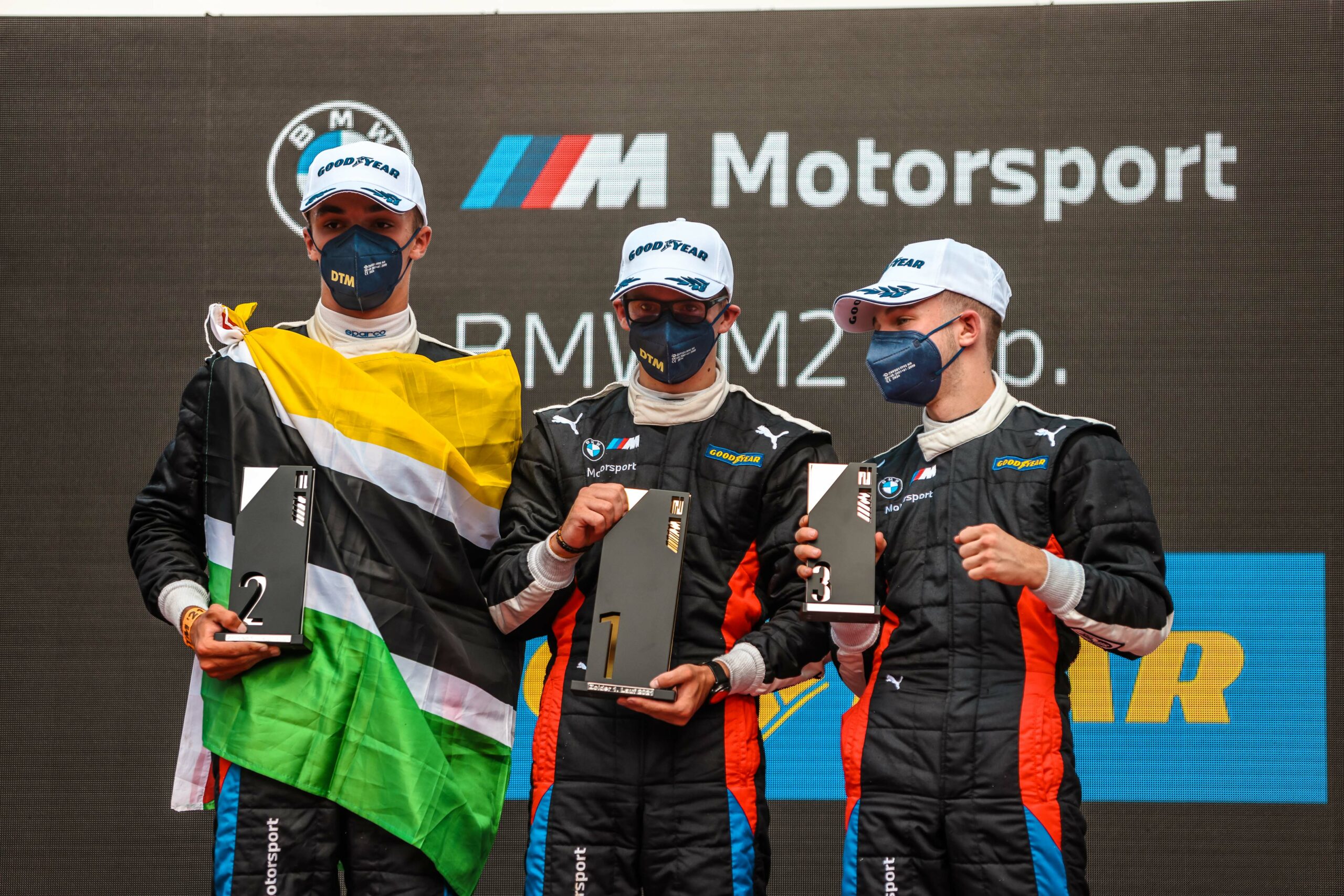 Rodrigo Almeida | 2nd position, race 1
“I tried to defend my lead. However, I went a bit wide in turn ten. That gave Fabian the opportunity to overtake. But second place is also a super result. I’m pretty happy with that.”

Salman Owega | 3rd position, race 1
“I gave it all I had and tried to take advantage of every mistake the others made. I think I gave myself a big advantage on the formation lap, where I was able to get my tyres up to temperature very well. That helped me a lot in the first laps. My opponents were having a harder time to do so, that was my impression.”