There was plenty of close racing action on show at TT Circuit Assen at the weekend at the BMW M2 Cup’s tenth round of the season. The youngest driver in the field, Theo Oeverhaus, ultimately prevailed and wrapped up his third victory of the season on Sunday ahead of Saturday’s race winner Colin Caresani. Louis Henkefend came across the line in third, stretching his championship lead in the process.

“The racing on show this weekend in Assen was of the highest calibre,” said series manager Jörg Michaelis after Sunday’s race. “The lead group contained anything up to ten cars – that’s what makes a one-make trophy like ours special. After such an excellent performance from our drivers, we are even more excited ahead of the season finale at the Norisring.”

Oeverhaus was the stand-out driver in the #34 BMW M2 CS Racing, showing excellent pace and plenty of perseverance to take the race win after starting from eighth on the grid. The 16-year-old put together plenty of impressive overtakes and managed to make his way past Caresani in the closing stages.

Louis Henkefend came through in third behind the two youngsters, securing 18 championship points with Oeverhaus as a non-scoring VIP starter. Henkfend’s good start catapulted him into the lead, but pole-setter Leonard Hoogenboom recovered to take back top spot in the early stages. However, a drive-through penalty for a jump start removed the pole man from the lead battle. Henkefend, on the other hand, kept in touch with the leading trio and maintained a cool head to secure the podium finish. Michael Schrey and Maxime Oosten were close behind in fourth and fifth.

Fellow title contender Fabian Kreim finished in seventh position, which means that Henkefend leads the championship with 163 points with Kreim and Davit Kajaia 25 and 43 points further behind respectively. A total of 45 points are up for grabs at the final round of the season.

The Norisring will play host to the championship showdown. The final two rounds of the season take place at the street circuit in Nuremberg from 8 to 10 October. 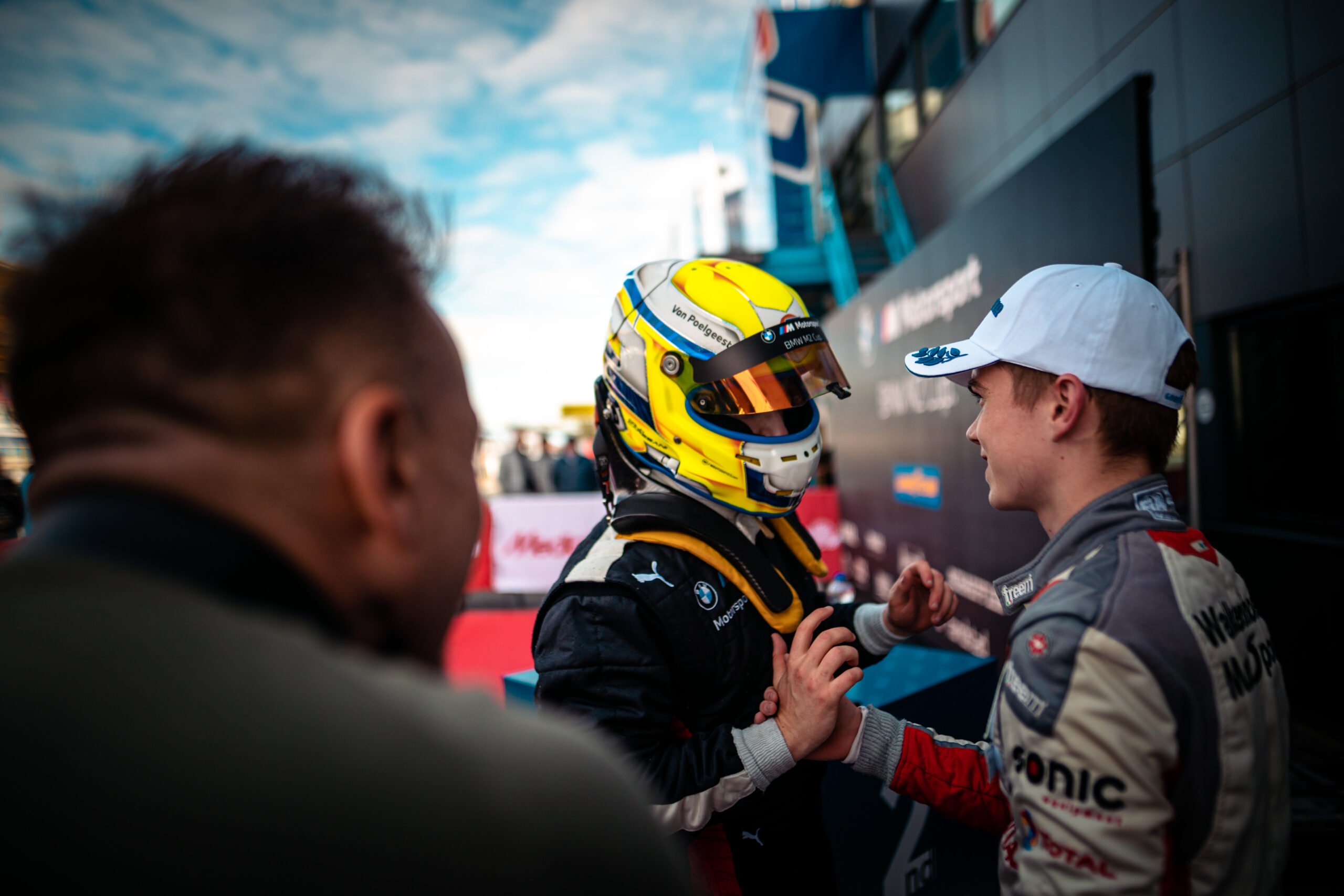 Theo Oeverhaus | 1st place, Race 2
“I am super happy. At the start I never would have thought that things would have gone so well today. It’s really difficult to overtake here, but the race went better than I expected it to. My car really was perfect – thanks to the team for that.“

Colin Caresani | 2nd place, Race 2
“It was an extremely difficult race. Everyone around me was incredibly quick. I lost some performance towards the end of the race, so there wasn’t really much else I could do. But I gave it everything I had.“